You say Vermouth, I say Vermut

Did your parents have a bottle of vermouth? Somewhere in the back of the liquor cabinet, the label was yellowed and the bottle was dusty? Maybe they even left it to you in their will. Dust off the bottle and throw it in the recycle. 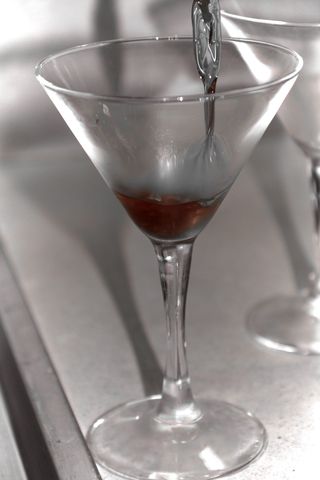 Now, get thee to the store and buy a fresh bottle of red vermouth. If we have a choice, we usually try to get Antica Formula Carpano. Around Montone, we have no choice and have to settle for Martini. (Not that Martini is a bad product, but it’s dumbed down for the masses; it doesn’t have the alluring eccentricites you find in smaller batch vermouths.) I know. It’s a rough life here in Umbria.

But wait a minute.

“What exactly is Vermouth?, you ask.

Antonio Carpano is given credit as the creator of vermouth, back in 1786 in Turin Italy. It gets its name from the German word “wermut” or wormwood. (Yes, the same stuff that is supposed to give you hallucinations in absinthe, just makes you happy when it’s in vermouth.)

To make vermouth, you need a base of a simple white wine. Make a ‘tea’ of various herbs (wormwood, cinnamon, vanilla, cloves, cardamom, angelica) steeped in a neutral alcohol. Various recipes will have anywhere from 22 to 50 botanicals used to flavor the vermouth and the exact amounts are kept top secret. Some vermouths use caramel to sweeten the wine and frequently the vermouths will be barrel aged.

This is on our To Do list as soon as I can track down the necessary botanicals, which is not easy in this part of Italy.

Our Vermouth affair started with Manhattans. Once you go down the road to finding your most desired version of a Manhattan, you are sure to start experimenting with your vermouth. 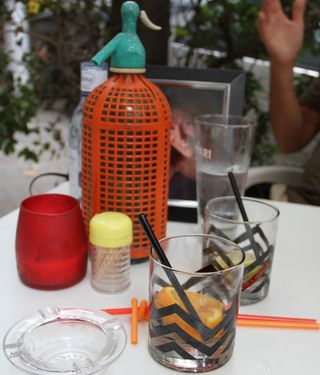 Then we went to Barcelona where vermouth becomes vermut. There is a well-established vermut culture in Spain; there are barrels of the stuff at various wine shops and you come in with your jug and fill up. Street side cafe tables are set up with bottles of spritz so you can mix your vermut as you like it. Here is where we fell in love with the Vermut cocktail; it’s light, refreshing, mysterious and complex.

But perhaps, San Sebastian is where you need to go to truly fall in love with vermut? In an altered universe, say in Brooklyn, this would a hipster thing. Guys with gravity-defying moustaches would be making their artisanal vermouth in the back of their tattoo parlor, whilst thinking up esoteric names like Verboten Wermut and hiring graphic artists to create a unique and ironic label.

In San Sebastian, it’s a pretty girl who runs the Vermut  Society, and sardonic is not in her nature. She just loves vermut and wants to share the love. Things are simpler, and joy is to be shared.  She was happy to pour us a tasting and we had a long discussion about the merits of the various vermuts. Things like: when to drink it neat, when a cold spritz makes it come alive, and should we buy only 1 bottle and which one? 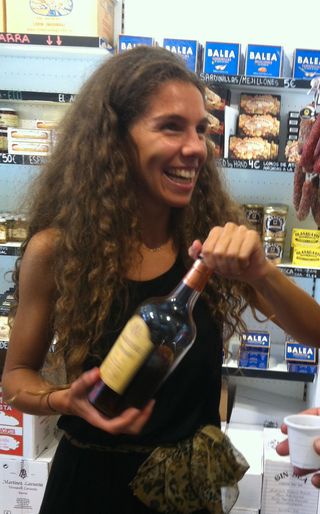 The fine shop where she works sent us to Bar Txurrut to sample their vermut cocktail which uses their house-made vermut.

And now things were getting interesting. There were skeptics in our group; one of us was channeling memories of that old bottle in the back of the cabinet and was just being polite to play along with the gang. However, one sip led to a 100% conversion rate of the gang. Everyone loved this gorgeous, balanced, rich cocktail that won’t knock you on your butt. We actually started scheduling vermut time into our dally routine. 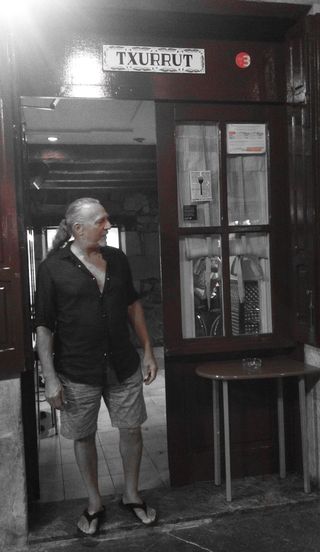 Eventually we got the bar keep to share his recipe with us and now we’ll share it with you:

*The exact proportions are up to you. As strong or light as you like

1 part Ramazotti (or a similar amaro)

Ice the cocktail glasses, then remove the ice when the glass is good and cold. Drop a Spanish olive into the bottom of the glass. Start tapping your foot in time to your favorite flamenco tune.

Fill the bottom of the glass with vermut, add a small measure of the elixir, a spritz of sparkling water and then, if there is room in the glass, add a bit more vermut.

Rub a bit of orange peel on the edge of the glass, drop the peel into the glass, put a rose between your teeth and serve immediately. Now, drink responsibly. But, dance with abandon! 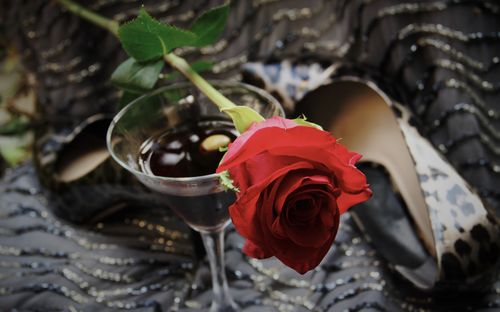