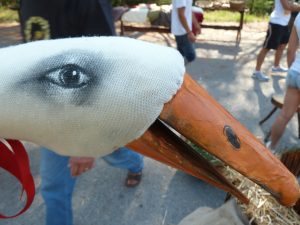 Tues morning, Aug 16
Town is a beehive of activity. Those little 3 wheeled Api’s are buzzing around town hauling sets and props, garbage, chairs and what ever else needs to be transported through our tiny medieval streets. Anything larger and Jeff is hauling it around in our trusty-rusty pick-up truck.
Clusters of people with clipboards gather, confer, and separate like so many drops of mercury, endless reorganizing according to the task at hand. 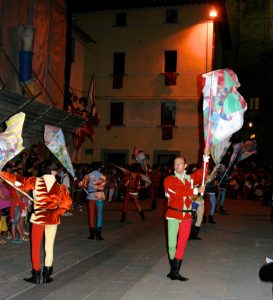 It’s that time again! Donazione della Spina in Montone!
A full week in August where the town of Montone remembers Braccio Fortebraccio, our illustrious mercenary ancestor who survived many a battle against the Pope. His equally illustrious son, Carlo, as a reward for his heroic efforts, was given a precious thorn from the crown of Christ. As he rode into town with his prize, bells miraculously rang without someone yanking their chain, flowers sprang into blossom, horses genuflected as he passed and …. there was unbridled partying for seven days.

We are on the eve of unbridled partying. 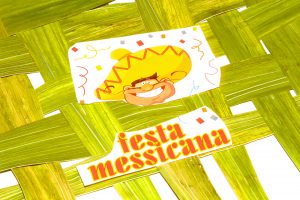 What does ‘authentic’ mean? People exult in finding an authentic Indian restaurant, or Chinese or Mexican or Italian, but what does that mean?
Bufalo mozzarella, shipped to the US, is absolutely made in Italy, but by the time it gets to the States..it’s old mozzarella. Wouldn’t it be more true to the Italian spirit to find a good local mozzarella maker and eat super fresh cheese? I think so. 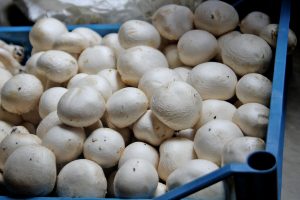 More Mushrooms Than You Can Imagine

As I’m walking into our local grocery store, the Euro Spin, AKA “The Spin”, an elderly, hunched over lady is staggering out of the store lugging a massive flat of white mushrooms.
Of course, I’m thinking, “What the hell is she going to do with all those mushrooms??” 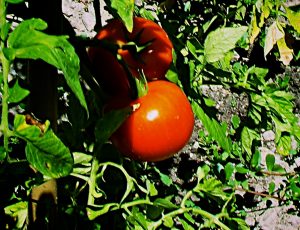 And the canning season begins.
A walk over to the orto to get some basil and I’m hit with the realization that there are a ton of ripe tomatoes that need to be dealt with…NOW.
On one hand a kitchen garden is forgiving; if you don’t need any onions, you can leave them in the ground for a few days and no harm done. On the other hand, there is a use it or lose it urgency to ripe tomatoes.

So much for a lazy Saturday afternoon. 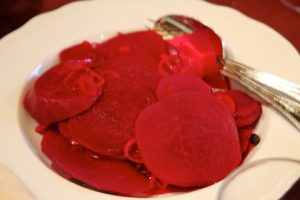 And the Beet Goes On!

What do you do when a whole row of beets in the orto need to be eaten now? You yank those babies and throw a party!